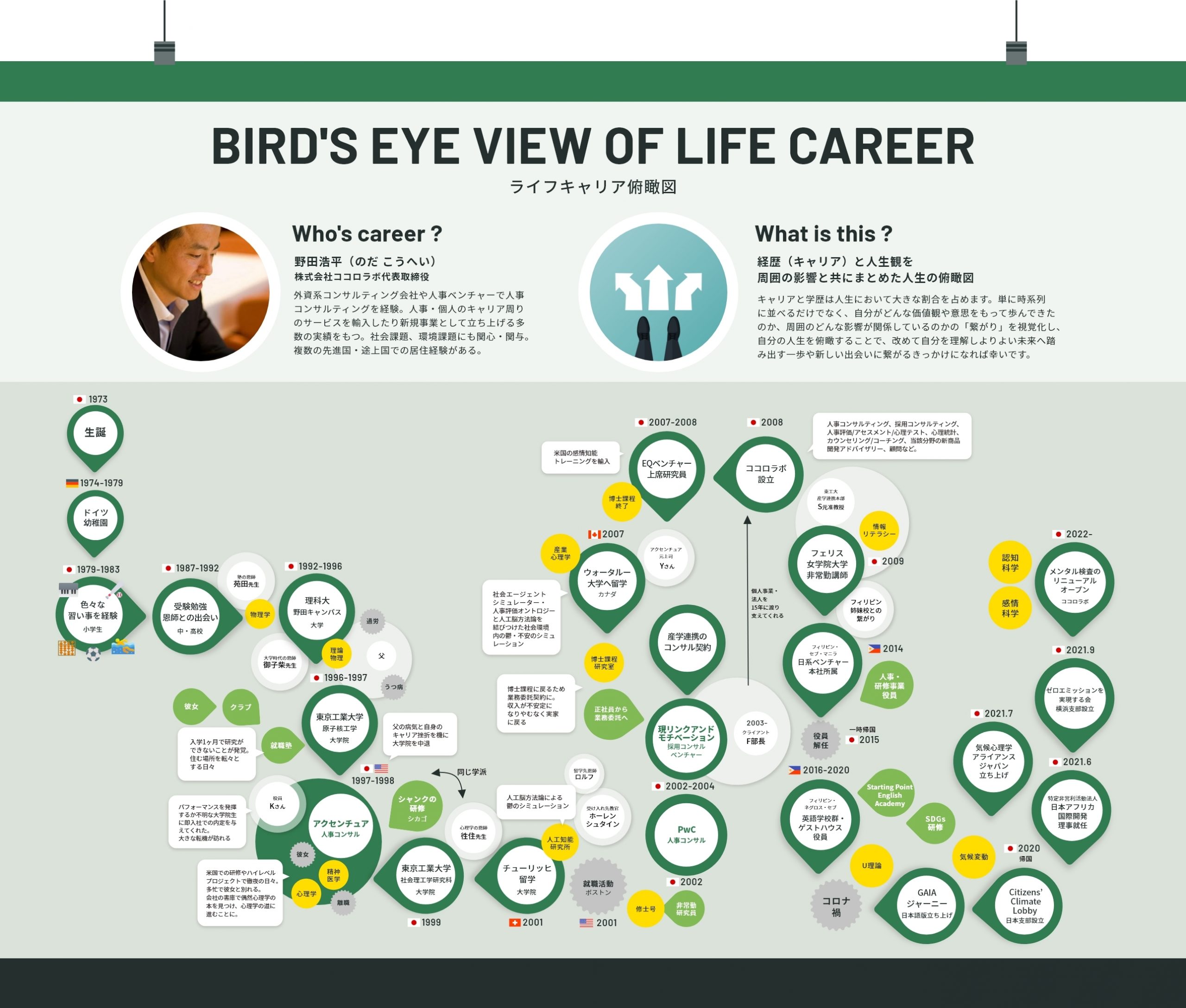 Dr. Noda is the founder and president of Kocoro Laboratory and the principal of Starting Point English Academy in the Philippines. He is also certified industrial counsellor. He earned his Ph. D from Tokyo Institute of Technology in Cognitive Science. He was born in Yokohama, Japan and raised in his early childhood in West Germany. He graduated his bachelor in Physics in Science University of Tokyo. He had research stay at Artificial Intelligence Laboratory in University of Zurich and I/O psychology group in University of Waterloo in Canada. He served lectures at several colleges such as Tokyo tech and Ferris University in Japan. His business career starts at Accenture Japan and transferred to PwC, IBM and venture Japanese and International companies mainly in HR fields, though some are hands on management consulting clients. His specialties are cognitive scientific, psychological and HR approach to organisation and personnel. Especially he studied human emotion such as depression, anxiety, motivation and happiness.

Born in Yokohama, Kanagawa Prefecture in 1973, as the second son of an older brother who died two months before his birth at the age of two years and ten months, he grew up with three siblings, including a younger sister. Moved to Hamburg, West Germany, half a year after his birth due to his father’s job transfer, where he stayed until the age of kindergarten.
Returned to Japan in 1979.
Had a younger sister in the first grade. Spent the rest of my early life in the Kanto area, including high school in Yokohama, college (nuclear physics at the University of Science) in Chiba, and graduate school (nuclear engineering at Tokyo Institute of Technology) in Tokyo.
1997~1998
After his father’s illness (somatic and mental symptom to pain and depression) and his own career setback, he switched careers, quit the graduate school, and joined Andersen Consulting. Experienced in HR consulting in the change management division.
1999~2002
After resigning from Andersen Consulting, worked for Recruit Co., Ltd. as a new business developer (importing and implementing Japan’s first career counseling system, developing a job value test), and studied cognitive science at the Graduate School of Interdisciplinary Humanities and Science at Tokyo Tech, one of my master.(The laboratory I belong to is a member of the Tokyo Tech Brain Research Consortium and a professor of artificial intelligence and cognitive science from psychology.) Spent a year in Zurich at Artifical Intelligence Laboratory in Universtity of Zurich. Within a month after 9/11, he flew to the East Coast.
Specialized in Artificial Brain Methodology to simulate depression (in artificial life environment) for master degree
2002-2004
Returned to Japan and worked as a part-time researcher at Tokyo Institute of Technology for six months before joining PwC Consulting. The acquisition was announced on the day I joined the company, and six months later I moved to the recruitment consulting venture of the current Link and Motivation.
2004-2007
D. program at Tokyo Institute of Technology, COE researcher, consultant for the Tokyo Tech-Mitsubishi Corporation Venture Incubation Alliance, and studied at the University of Waterloo in Canada in 2007 while working as a freelancer. My thesis research was on the simulation of depression and anxiety in social environments by combining social agent simulator, personnel assessment ontology, and artificial brain methodology.
2007-2008
After returning to Japan and completing my degree, I worked as a senior researcher at a venture company in Emotional Intelligence. Imported Emotional Intelligence training from the U.S. (such as facial expression detection training used by immigration officers and investigators).
2008
Established Kokoro Lab Inc. HR consulting, recruitment consulting, HR evaluation/assessment/psychological testing, psychological statistics, counseling/coaching, advisory for new product development in the field, and advisory services.
2009
Released MHQ (Mental Health Questionnaire), a psychological test to measure the risk of depression and the possibility of developmental disorders, from KokoroLab Inc.
Taught Project Based Learning, Career Education, and Information Literacy at Ferris University, and has a sister school relationship with a university in a university town in the Philippines where his English school is located.
In 2011
After the earthquake, became more aware of global issues such as the global environment and the disparity between North and South.
Year 2013
Moved to Cebu, Philippines for new business development (global human resource program development). Developed and implemented a project-based program for global business in emerging countries (Global Business eXperience: GBX). Established and headed the English Education Center for Overseas Internships.
2014-2015
Absorbed the above center and was stationed in Manila as HR Executive Officer in charge of human resource development business at the headquarters of a Japanese company. He was in charge of human resources in Manila, Cebu, Singapore and the headquarters of the company, and also conducted training business.
2016-2020
Executive Officer of Starting Point English Academy and Guesthouse in Dumaguete City, Negros Oriental, Philippines, as well as Executive Officer of the local subsidiary (the school was established in 2014 based on the concept of training centers, also introducing U-Theory Learning Journey)
2019-2020
Board member of Cebu Asian Gateway English School, an English language school in Cebu, Philippines
2020.
March: All operations of the two corporations in the Philippines and Kokoro Lab in Japan stopped.
May: during lockdown of COVID, Launched the Japanese version of GAIA Journey, a global dialogue using U-theory.
June: Established the Japanese branch of Citizens’ Climate Lobby, an international grassroots NGO on climate change.
Returned to Japan at the end of November
2021
June:Director of NGO Japan Africa International Development, a non-profit organization.
July: Established the Japan Chapter of the Alliance for Climate Psychology
September: Establishment of the Yokohama Chapter of the Association for the Realization of Zero Emissions